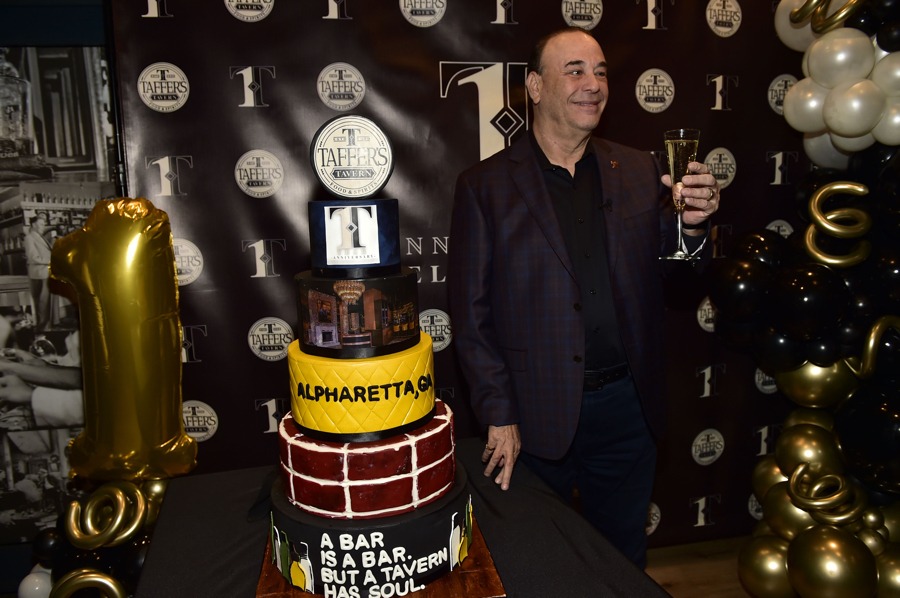 Taffer’s Tavern, from the Man who Brought Us Bar Rescue, Opens in Watertown in September

Jon Taffer will launch his restaurant at Arsenal Yards September 1.

There are a few things we know for certain about the newest restaurant opening its doors in Watertown’s Arsenal Yards, if TV is to be believed: The kitchen will be run with military precision, and at boot camp volume. Feelings will not be spared. Bull crap will not be tolerated. The cutting edge of “bar science” will be deployed.

That’s because it will be made in the image of its namesake, Bar Rescue‘s own Jon Taffer, who is planning to launch the latest location of his Taffer’s Tavern franchise just outside Boston next month.

The bar, described in an announcement as “inspired by the quintessential neighborhood pub” is set to open September 1st. A week later, Taffer himself will be on location for a ribbon-cutting September 8.

Inside the Boston-ish location, the announcement says, you can expect to be greeted with an “Old-World” inspired decor “distinguished by dark woods, soft leathers, copper accents and elevated tavern food and beverage offerings.” On the menu, you’ll find classic bar fare like burgers, flatbreads, and fish & chips, and what we’re told are fan-favorite dishes like braised short rib and “Tot Roast Fries,” plus a showy cocktail program that includes sippers like The Campfire, which makes use of its owner’s Browned Butter Rye Whiskey, and will feature some recipes regular viewers of his show might recognize. Special to this location, it’ll have his take on clam chowder and lobster rolls.

“I’m excited to announce that our next Taffer’s Tavern opening will be in this historic and vibrant area of Boston,” Taffer said in a statement. “Boston is home to some of the first bars and taverns in the country and has a rich tradition of discerning taste, especially when it comes to their drink and dining preferences. Our great food and industry leading cocktails will set new standards and excite the market. We are looking forward to welcoming the community in to experience the Tavern and to create lasting memories.”

Taffer, of course, made his name on TVs across America as a no-nonsense consultant who berates the owners of failing pubs, and gets them to change their ways, resolve their differences with staff and family members, rehab their menus, and replace their dusty old eateries with high-concept ones designed by the chief bar scientist himself.

In Massachusetts, he has transformed a trio of eateries on the show: Angry Ham’s and The Chicken Bone in Framingham (both of which have since closed), and Libad’s in New Bedford (which is now home to a place called the 3 C’s Bar and Grill).

The show, which airs on the Paramount Network, has run for 8 seasons and is still going strong. But lately, he has also been putting his skills to use opening up Taverns Taffer in a handful of cities. The first opened in Alpharetta, Georgia in 2020. Another will open in Washington, D.C. concurrently with the one in Watertown, also on September 1.

This will be the latest celebrity chef-branded restaurant to open in these parts, at a time when food personalities seem to be focusing on Boston. Gordon Ramsay, of Hell’s Kitchen, opened Ramsay’s Kitchen at the Mandarin Oriental in January. DDD star and Celtics playoffs fixture Guy Fieri recently opened Guy’s Boston Kitchen + Bar just steps from Boston Common, a follow up to his Tequila Cocina, which opened at the Hub on Causeway in 2019. (Separately but I guess relatedly, who could forget Salt Bae’s attention- and controversy-grabbing restaurant, Nusr-Et, which opened in Bay Village in 2020).

As for Taffer, there may be more where this came from. Taffer’s Tavern is the “first of many locations to come to the Greater Boston area.” So stay tuned.