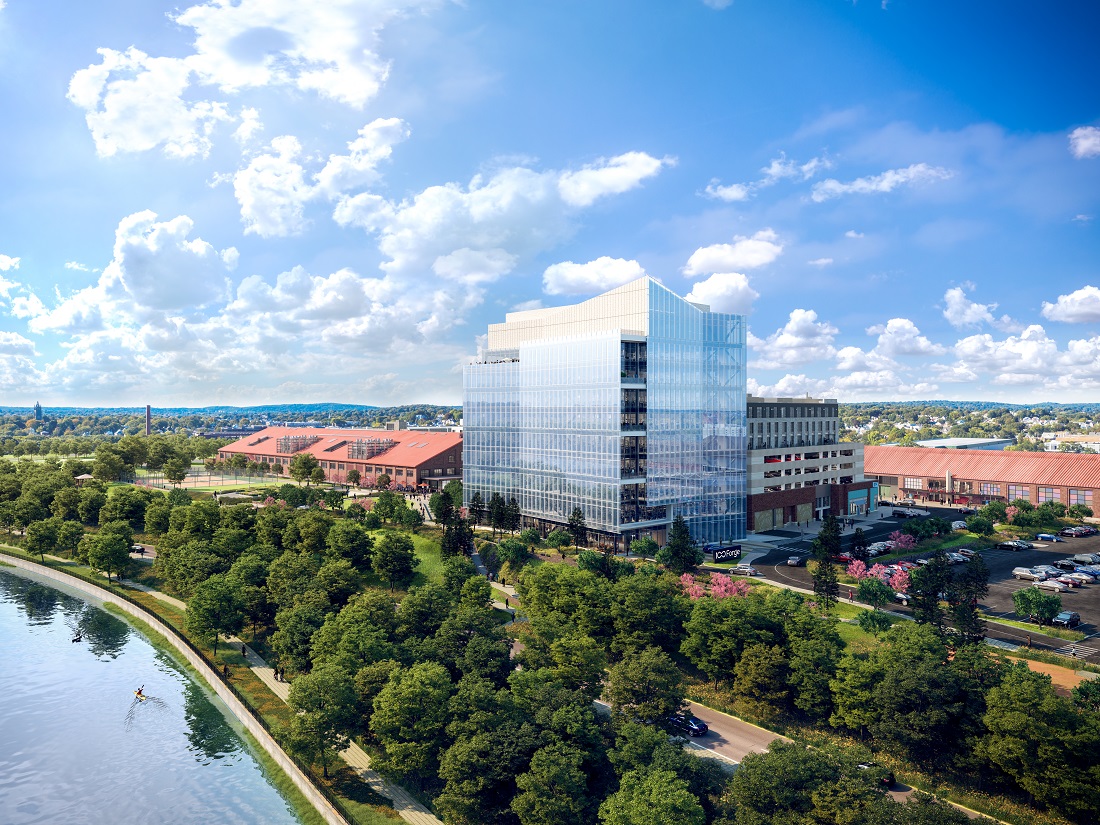 Five drug startups have signed leases to fill a building still under construction at the site of the old Arsenal Mall.

In the latest sign that Watertown’s East End is becoming a magnet for life sciences companies, the first lab building to start construction there without any tenants will finish construction fully leased.

Boylston Properties, which is converting the old Arsenal Mall into a mixed-use complex known as Arsenal Yards, announced Wednesday that it has rented all of the space at 100 Forge — a nine-story, 165,600-square-foot building — to five venture capital-backed life science companies.

The building broke ground in February and is on track to open late next year. It was financed by J.P. Morgan and Arkansas bank OZK with a $100.1 million loan that amounted to a vote of confidence in the neighborhood as a life sciences district and an alternative for companies priced out of Kendall Square in neighboring Cambridge.

That confidence appears to have paid off. Four of the five companies moving to the building are coming from Kendall Square, while the fifth — Affini-T — is moving from nearby in Watertown. Arsenal Yards, which already has one sizable building devoted to life science tenants, is one of several big projects along Arsenal Street that aim to cater to the booming industry. Kendall Square real estate heavyweight Alexandria Real Estate Equities paid $525 million to buy the campus of athenaHealth in late 2019, and last year spent $130 million to buy the Watertown Mall. Several other buildings along the corridor have been built or converted with life sciences companies in mind.

“There is no shortage of momentum in the Greater Boston life sciences community, with critically important medical and scientific discoveries happening daily,” said Bill McQuillan, founding principal of Boylston Properties. “Those of us in the real estate world are privileged to meet increasing demand by developing best-in-class headquarters for innovation to take place.”